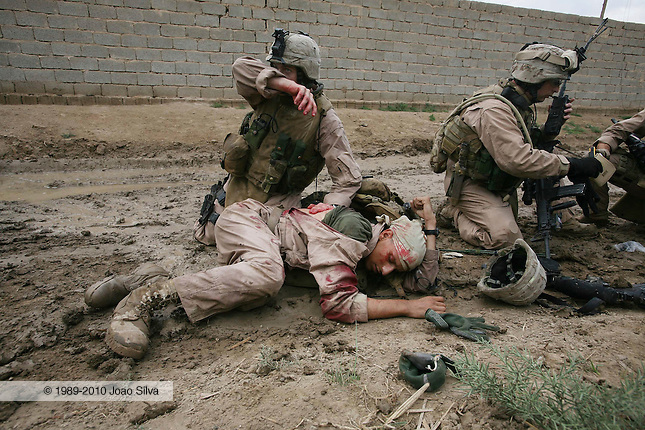 INFO
Iraq: Karmah: October 31, 2006: Sgt Jesse E. Leach assists Lance CPL Juan Valdez of the 4th mobile assault platoon Weapons company 2nd battalion 8th Marines after he was shot by a sniper during a joined patrol with the Iraqi Army in Karmah, Anbar Province, Iraq. Valdez was shot through the arm and the right side but survived. To the right is Gunnery sgt Roger J Sands...
© 2006 Joao Silva
PRINT OPTIONS