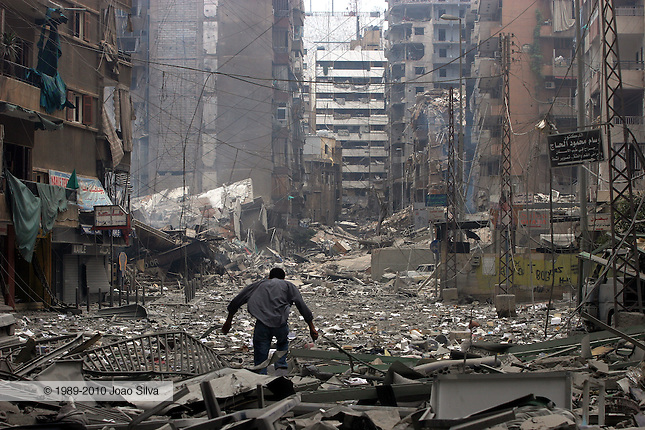 INFO
Lebanon: Beirut: July 20, 2006: A Lebanese man moves through rubble in the Bir al-Abed district that was destroyed by Israeli air strikes in the southern suburbs of Beirut, during a tour organized by the information office of Hezbollah.
© 2006 Joao Silva
PRINT OPTIONS