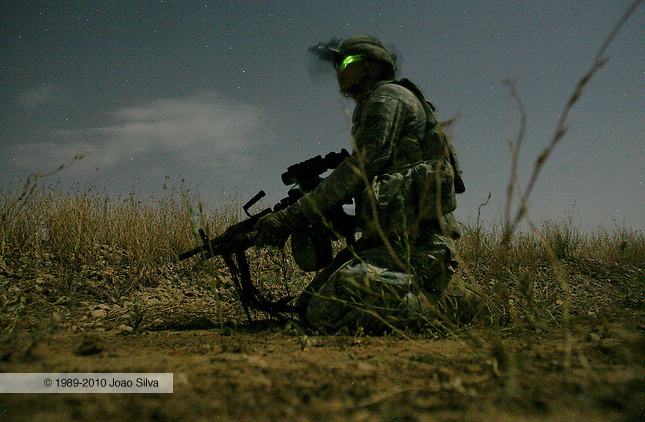 INFO
Iraq: Ash Shura: April 24, 2010: A soldier with Alpha Company of the First Battalion, 64th Armored Regiment, Second Brigade, Third Infantry Division, was photographed during a night mission where members of the unit set up an over-watch position while on the look-out for insurgent IED (improvised explosive device) placers.
© 2010 Joao Silva
PRINT OPTIONS